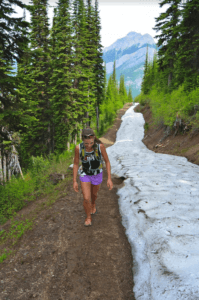 There is an overwhelming amount of information available in the world today on how to best make the switch from regular padded or “supportive” footwear to minimalist footwear. The Xero Shoes team themselves have accumulated an amazing amount of great information and other tips on making the transition, but as a couple of ultra-marathon runners who train and race (and actually spend most of our days every day) in minimalist footwear, we would like to share some of the things that helped us early on when we made the switch. Won’t be going into too much detail around the science and research side of it all, as we aren’t doctors or researchers ourselves, but lean on more of our purely experiential learnings from heavy training and recovery practices that we have.

This shouldn’t come as much of a surprise, as it’s talked about quite a bit surrounding the minimalist running topic. But we still want to reiterate it because it’s such a foundational part of transitioning to minimalist and really will be a key factor in your longevity in the practice. If you do just one thing from this entire article, do take your time during the transition, as no amount of stretching, rolling, supplements, or any other medical treatment will be able to PREVENT issues or injuries, the way building a solid foundation will. If you take the time to let the body adapt and strengthen the muscles, tendons and other tissues, you’ll save yourself a lot of setbacks down the road!

Let us make one this very clear though, it’s not at all about the actual time (in days, weeks, months, etc.) it takes to transition, but more about the method of how you transition. The actual time to transition will depend on so many factors, so just focus on paying attention to your body and how it feels. When you feel like you’re ready to increase speeds or add volume then do so. Some people will adapt faster, some people are coming from different backgrounds, so just pay attention to your own journey and know that this is a long-term change and you will reap the benefits far into the future.

One last tip we’ll include on this topic. If your goal is to transition to running in minimalist footwear, keep in mind that running is only a small portion of every day. Think about ways you can also spend time in minimalist footwear at work, around the house,  while running errands. Between the Genesis sandals and the Hana/Cassie shoes, there’s footwear for just about every style, so these are great ways to build that muscular stamina you’ll need in your lower legs. 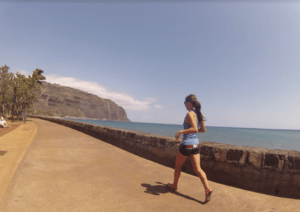 This is the second layer that is super important to also PREVENT injuries from popping up during this transition. Watch videos, find a coach, read articles, basically consume as much information you can about minimalist running (this is one great video on the topic here) so that way you’ll know what you need to work on, and what things aren’t worth worrying about. For example, during the early days of the minimalist movement, it was all about landing on your forefoot. As more research was done, it wasn’t so much about which part of the foot lands first, but more about where your foot lands in relation to your center of gravity (good article on this). There are also some coaches who hammer on technique drills to get your movement patterns dialed in. Whereas there are other coaches who feel that it’s pretty tough to change 20, 30  or 40 years of muscle memory, so it’s more valuable to focus on proper muscle development to work with your pre-wires movement patterns.

Bottom line, there’s a lot of conflicting information out there, and there’s no one perfect answer, or method or training, or form to use. But don’t just wing it by slapping on some huarache sandals and going for a 40km (25 mile) run! 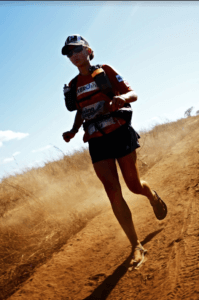 Two of the issues we BOTH noticed came up for us while we were ramping up our mileage in minimalist footwear, was 1) a mild cramping on the bottom of the foot, and 2) a more intense pulling pain on the top of the foot. After lots of troubleshooting, it seemed like the root cause of both of these was tight calf muscles. By switching to a more mid/forefoot landing, our calves had to work harder. This cause the calves to tighten up. The calf muscles are connected to insertions on the bottom of the feet by the facia, which explained why we were feeling the tightness down below. And because the calves were tight, they were pulling on the bottom of the foot, which required the muscles that attach to the top of your foot to hang on a little tighter to keep the foot stable. It was literally like a tug-o-war match!

The single most effective remedy to both of these was surprisingly enough rolling a ball under our feet (while standing). We found a lacrosse ball was the perfect size and density to give good pressure without making us scream. However, a golf ball is also a decent option that you might have around your house. There’s no textbook technique, but two quick pointers: i) Move slowly ii) do long rolls from the front to the back of your foot.

Magnesium (both internally and externally)

After some longer runs on the weekends or other hard training sessions, you’re bound to feel some tight muscles. When a lot of your muscles are tightening up, it’s sometimes good to take a broader approach and address and help all of your muscles. Magnesium is something that many of us are actually deficient in, and it’s one nutrient that actually aids in our muscle function of letting go and relaxing.

Magnesium supplements can be taken orally to give your body (including your aching leg muscles) some calming help. You can also find different muscle rubs that are applied to the skin and allow magnesium absorption that way, so this can be done specifically on the calves or other leg muscles that might be feeling extra tight.

This one we want to set a precaution for. In a similar fashion to the way we think about painkillers, and that is that they simply mask an issue and risk pushing your body to a severe point of damage. Kinesiology tape does help two relieve certain types of pain. They also don’t have any of the side effects that painkiller medication have. And it does have some great benefits for improved blood flow and other neurological functions. But the overall “masking” issue is still there. Applying kinesiology tape to a muscle or body part in order to avoid pain or help you push through it, risks causing a lot of damage to the muscle.

Now that we’ve said this, we are both advocates of kinesiology tape when a situation calls for it. Best to talk with a physical therapist (and best to have them apply it too!) to see if it can benefit you.

We’ve used it during races when a muscle tightens up on us and there simply isn’t enough time to sit down and roll it out or wait for magnesium to kick in. Or if we have a race coming up some leg pain pops up the day before. Sure we’ll roll it out and do what we can, but to make sure we’re good to go for that starting line, sometimes we’ll consider applying some kinesiology tape.

Hopefully, one or more of these tips can help you in your transition to minimalist footwear. The journey is absolutely worth it, and your body will be much better built up for physical activity for a long time to come!

–Mel & Jon
The content of this post does not constitute and is not intended to be a substitute for professional medical advice, diagnosis or treatment. Always seek the advice of a physician or other qualified health provider with any questions or concerns you may have about your health or a medical condition.C