The reality TV show victor shares how he built balance and resilience to outlast 15 competitors in Fiji and come away with the crown!

Mike Gabler has always been picky about his shoes. An avid hunter, hiker, and slackline enthusiast who also spends some long days on his feet in operating rooms, Gabler knows what he wears directly impacts how he performs under pressure, but also how he feels at the end of the day.

So when he was chosen to compete on the 43rd season of the reality TV show Survivor, Gabler took the decision seriously. He says his Xero Shoes Xcursion Fusion boots were a secret weapon on the show—and since he defeated all comers and won the show at age 50, we can be sure this is a guy who knows about covert strategies!

We caught up with Gabler in his hometown of Meridian, Idaho, to discuss how he trained and performed for his victory in Survivor 43.

How did you learn about Xero Shoes initially?

So by day, I work in the operating room, and I stand for hours. And I usually wear cowboy boots with a heel on them. But after long days, I found that I just couldn’t get comfortable, even at night sleeping. And I was looking around online, and a Xero Shoes ad found me.

I bought a couple of pairs: Z-Trail, Xcursion Fusion, and some Alpines. And they took a little getting used to in the beginning, because it’s a different way to walk. But once I got comfortable in them, it felt amazing, especially when I was on the trail. When I was hiking in Idaho or Alaska during the spring or summer, I loved them, because it made me feel like I was attached to the ground.

So then when I went on this TV show, I knew I wanted to be lean and mean and be able to balance and work well. I have a bunch of different types of shoes at my house, and I was in my closet looking down at all the choices. And I felt like I had to select my Xero Shoes. They were my go-to for everything that wasn’t aquatic.

Even then, I wish I had brought a second pair of Xero Shoes, because instead I brought these surfing shoes where your toes go into little pockets. They just never dried out, and I developed a jungle rot problem. But I love my Aqua X Sports now, and they would have dried way better. 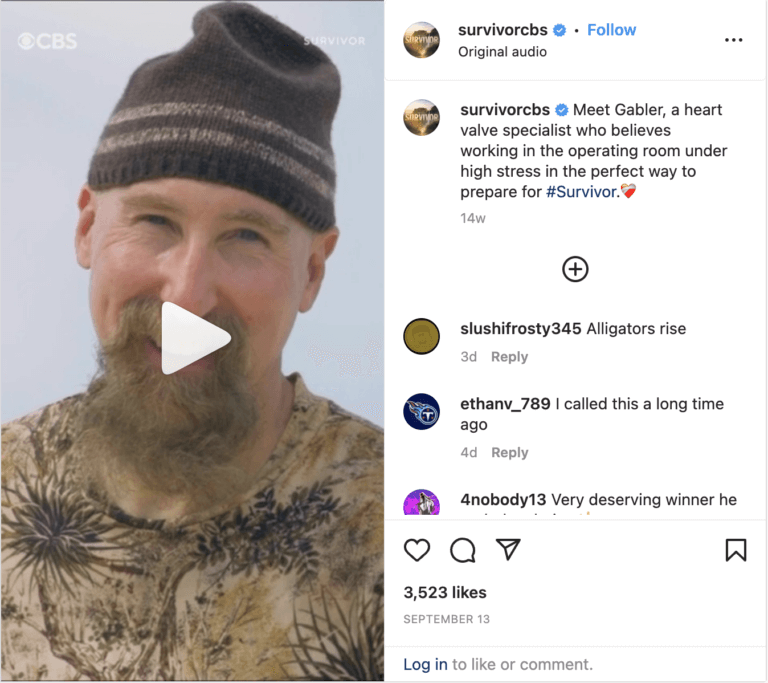 Did you strategize your footwear choices during training?

I did! Balance and core strength were a big component, and I did a lot of slacklinin. Whenever I did that, I wanted the closest thing to barefoot. Balance is crucial on this show, because there’s a lot of challenges where you run across a beam holding something, or stuff like that.

I definitely knew I didn’t want any shoes with a big foam platform on the bottom. That wasn’t going to help me out with balance or posture. And you know what? I left the game with five records and won the thing, so I guess my shoe selection helped.

What model were you wearing on the show?

I used the Xcursion Fusion. Sometimes on the island I wore wool socks with them, and sometimes I would go barefoot in them, depending on how dry my socks were. I was wearing them when I broke a Survivor record on the grip challenge in episode 7. There was a huge obstacle course we had to go over that had balancing and carrying, and the record for it was 25 minutes. And I ended up breaking it with about 38 minutes. That’s when my opponent, Cowboy Cody finally let go. 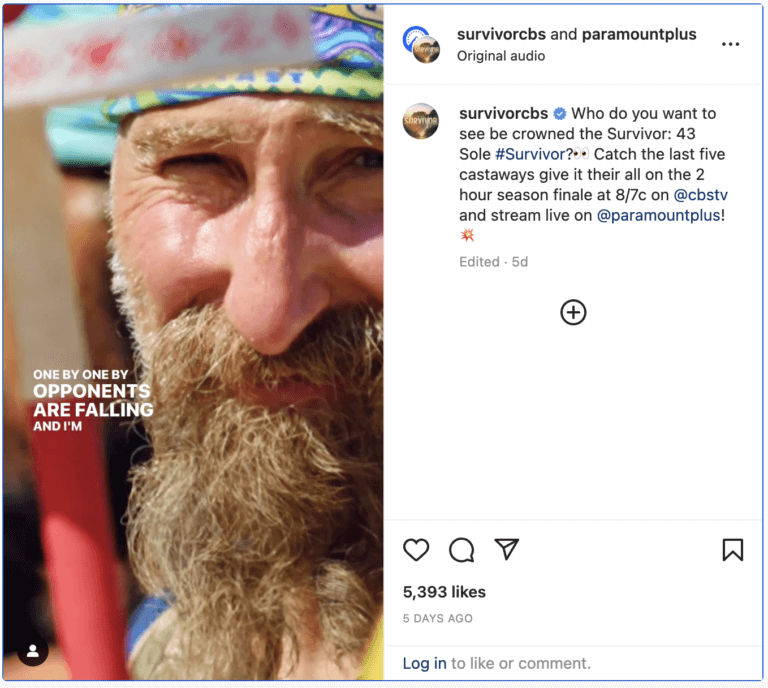 Did you see anyone on the show regret their footwear decisions?

There were a couple people that had those big shoes with foam on the bottom, and they rolled their ankles. And those are injuries that linger when you’re out there in the jungle, but unfortunately the game doesn’t stop for you to heal. You just have to keep going.

So for me, not only did the Xero Shoes help me on the island, but I think it was going back before that, because I wore them for about a year beforehand. It made me think of all those little muscles in my feet and ankles that you don’t use when you have one of these big foam balls that you’re walking on. Those muscles were stronger.

And here’s another thing: I was 50 during the show, and my body held up really well. In 43 seasons, there’s only been two winners over 50. I’m the second one.

And I’m somebody who has had knee issues and pain in my life, and I was really concerned about that! But during the game I had no issues. So I think they may have helped me a little bit in preparation, but they certainly helped me simply to stay in the game.

Did you make any footwear converts on the show?

For the most part, people were pretty happy with their shoe choices, because everybody puts a lot of thought into it. But as the show progressed, people would ask me, “What are those?” Because the Xcursion Fusion are really an interesting design. They look a little like a moccasin, but they give you some ankle support on the exterior. A few people even tried them and told me, “I’m getting a pair.”

You definitely had some complicated relationships to maintain. As the show went on, it felt like a big part of your strategy was to “hide in plain sight.” How did that help you?

I used what I call the “Alligabler” strategy to manage my threat level. I’d strike, then go back underwater for a little while. You know, if you’re not careful, people will notice you, and they’ll start taking shots at you. So I quickly kind of had to change my game and adapt to get under the radar.

I was in on all these alliances, but everybody thought I was just in theirs. And it kind of helped me out, because I had a lot of information coming through me. And then I was able to make decisions that helped advance my game. Then, in the back half of the game I was more of a farmer, just planting a lot of seeds. 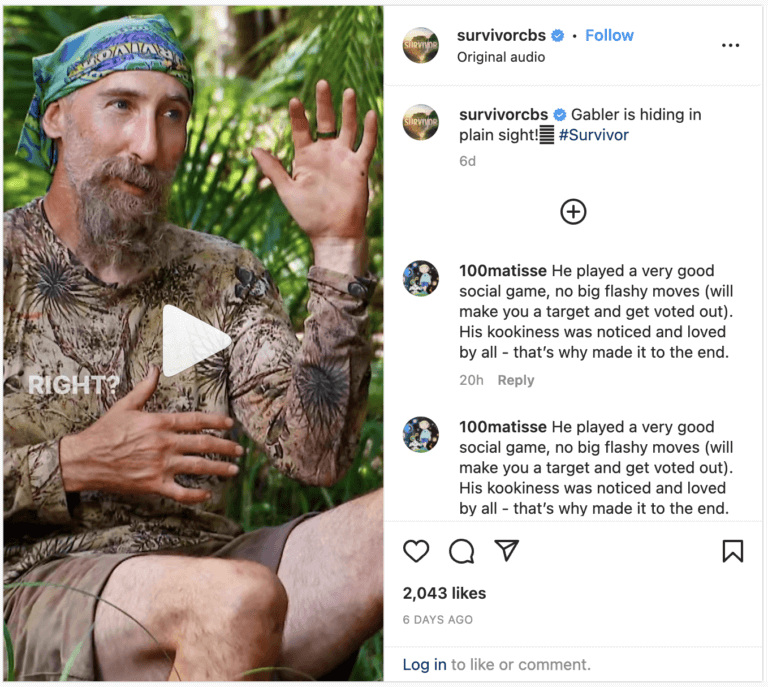 Survivor is like downhill skiing through trees. Whatever you think is going on, if you can’t pivot quickly, you’re gonna get slammed. But you know, the whole game, I had zero votes against me until the very last night. And that’s when I got seven out of eight, which is a near perfect game. That’s about as good a game as I could play.

So now that you’ve experienced the show, but also watched it, what felt most real and unreal about your reality TV experience?

Watching it back was simply amazing. When I got back on June 1, I was 38 pounds lighter than I am now. And obviously I knew what’s going to happen as far as the scoreboard. But it was like watching a football game where it’s 33 to 27 in triple overtime, and I didn’t know what the plays were going to be. The editing is really what the plays are, and I got to watch that live with you guys.

Of course there’s a couple of things I would have liked them to show a little bit more of, but the producers of Survivor are genius storytellers. They had everybody guessing all the way through. I thought season 43 was a very entertaining season, but it’s also one that’s going to age really well for people who binge things later.

There were some parts of it that were a little bit slower. But I liken it to a roller coaster: it climbs and goes tick, tick, tick. And then after a little bit, it goes right into some serious drops. We definitely left a lot of jaws dropped along the way, and it was a lot of fun.

Now that you’re back, what’s your favorite thing to do in a pair of Xero Shoes?

When it’s cold outside, like right now it’s 10 degrees here in Boise, I put on a pair of wool socks, put on my Alpines, and then I go out and get on the slackline. I even get a sweat going when I’m out there. It’s just really chill. I’ll put my ear pods in with some cool music, and then just do that for an hour. It’s just a perfect way to leave my day and whatever else is going on behind.