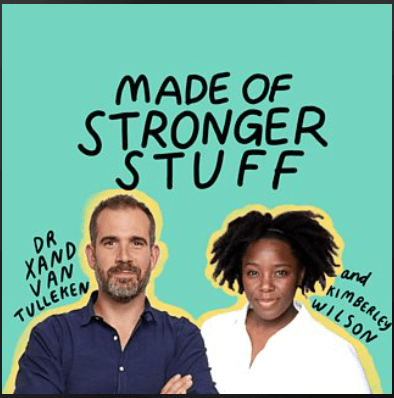 The BBC’s Made of Stronger Stuff podcast just dropped an episode called “Feet.”

It starts with the simplest idea, the arch in your foot is there to support your body. Spot on!

Well, there are actually 3 arches in your foot, but they’re referring to the one we normally think of — the longitudinal arch — when we use the term “arch.”

Next, it talks about the evolution of the foot and the arch… fascinating.

From there it goes into more of what we know about the benefits of natural movement and barefoot running, much from Harvard’s Dr. Daniel Lieberman’s research, and from Christopher McDougall’s book, Born To Run.

And they debunk some myths, like, “pronation is bad.” (It’s a natural part of the spring-like mechanism in your leg.)

They even use a phrase I coined when referring to “normal” shoes: Foot Coffins.

Then it gets into barefoot running and, overall, LOVE IT.

But there are a few points I think they got wrong that I want to highlight:

The flip side, of course, is that many people feel the comfort of Xero Shoes immediately, but for different reasons. Namely, the wider, foot-shaped toe box, the flexible sole that lets your feet move naturally, the non-elevated heel which doesn’t alter your natural posture, and the fact that you can get ground feedback through the sole, which your brain needs to help you move most effectively and efficiently.

Overall, though, the podcast is definitely worth a listen. It’s only 35 minutes long… unless you listen to it at 2x speed, which I do 😉

If you check it out here, let me know what you think in the comments, below.