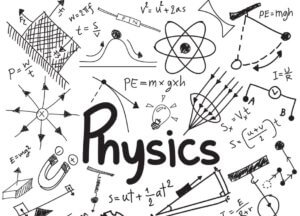 Sure, I say this in part because I got interested in physics at an early age. When I was 14, I was tutoring people 3-5x my age in antenna design, electronics, and other physics-related topic (I was an Extra class ham radio operator).

But the other reason is that knowing physics makes you immune to certain types of marketing spin, which can save you countless hours of time (not having to personally test something that’s patently false), and money (not buying products marketing with misleading bastardizations of principles of physics).

It also makes you an unpopular party guest, since people don’t like having their mythology bubbles burst, and when you overhear someone spouting incorrect explanations of reality, it’s impossible to walk away without tossing in a corrective comment.

At least I can’t.

What does that mean when it comes to finding comfortable shoes, sneakers, sandals, and any other type of footwear?

Running shoe companies in particular tout the “energy return” of their foam or other types of cushioning.

The more energy return, the better.

Well, let’s just say that if I heard you waxing eloquently about the energy return in your new, super expensive, high-tech, cushioned shoes while you sip a beverage from a Solo cup, I’d force my way into the conversation and say:

“There is no such thing as ‘energy return.’ “

Even if I didn’t have my own Solo cup’s worth of liquid (and it would probably be water; I’m not much of a drinker), I’d then blurt out:

“There are only different levels of ENERGY SUCK.”

No foam or cushioning or springs or shock absorbers or carbon plates or anything else that’s ever been added to any part of a shoe has ever RETURNED more energy than you put into it when you land on it.

Therefore, all of those components SUCK energy from you.

Think about a trampoline. Sure you can bounce really high… but only until your leg muscles get tired. The trampoline bed optimizes the combination of gravity and your musculature (but only to a point, since you don’t keep bouncing higher and higher forever). 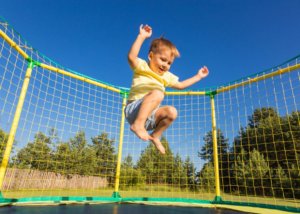 Same thing with foam in your shoes.

And, worse, it sucks more and more with time because it begins to break down the moment you start using it.

My friend, Dr. Geoffrey Grey from Heeluxe (a footwear research firm) just wrote a great post about this: Why Energy Return is a Myth

He addresses the new Nike Vaporfly 4% and the Nike Next % as well as the VKTRY insoles, but his points apply to all shoes Here are the highlights:

We already touched on this. And, again, it’s not just foam.

All cushioning does the same thing.

The carbon fiber in the Nike shoes and the VKTRY insoles is held out as part of the energy return equation.

If you think about it, having a layer of carbon fiber is just adding a non-compliant surface into the shoe… like a road or a track or a sidewalk.

There are some who claim that the carbon fiber plate in the Nike shoes “act as a lever” and that’s what creates energy return.

For a lever to function, it needs a fulcrum.

There’s nowhere in the shoe that’s a point on which the carbon plate rests or pivots.

Even more, check out where the runners in Eliud Kipchoge’s sub-2 hour marathon land on their foot (and therefore in the shoe):

There’s no fulcrum under the midfoot. So, no lever. Just something solid, again, like the ground.

The “ball drop test” is how must shoe companies demonstrate their “energy return.”

They literally drop something like a 2 pound metal ball onto the sole of the shoe, or the cushioning material, and see how far it bounces back toward the original height.

Physics — NEVER higher than where it started.

Reality — YOU ARE NOT A SOLID 2 POUND METAL BALL! (I’m assuming)

The ball is only accelerating toward the sole based on gravity (accelerating a 9.8 m/s squared). You are not falling from that same height and the force that you hit the ground is not the same as a 2 pound steel ball.

If you weigh 150 pounds, you could hit the ground with 500-600 pounds of force, or more! And your muscles, ligaments and tendons allow your joints to BEND, unlike the metal ball which doesn’t compress (okay, technically it does by a TINY amount).

More Physics — foam breaks down from the moment you start using it, so the ball test results will change over time.

In fact, the reason most shoe companies tell you to replace their shoes every 3-500 miles is that this is when they think the foam has degraded to the point of being useless (and, often, they make sure the rubber outsole wears out at about the same time).

Feeling good is a wonderful thing.

But that doesn’t mean it’s DOING something good for you.

Let me ask you a question:

If you were going to do pushups, would you rather do them on the floor or on a memory foam mattress?

I’m guessing you said “Floor” and the reason is that you know a foam mattress is squishy and would make you unbalanced, while the floor gives you something solid and stable as a base.

This is basic Newtonian Physics (the 3rd law) — For every action, there is an equal and opposite reaction.

If the opposite reaction is squishy, it messes up your initial action.

The mattress FEELS good, but isn’t good for natural movement.

Same thing with foam in a shoe.

Needless to say, we think of Xero Shoes as “physics friendly.”

We don’t use unnecessary amounts of foam. We don’t use marketing spin to take something bad (foam sucks energy) and re-label it with something that sounds positive, like “energy return.”

We believe that you’re smarter than that.

Even if you don’t know a lot about physics 😉