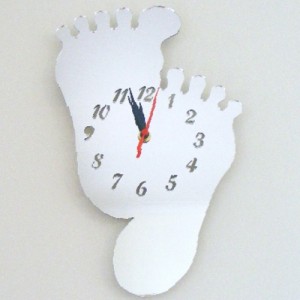 The more time you spend around barefoot running and minimalist running — the more articles you read in magazines and newspapers, the more interviews you hear with doctors or runners, the more stories you see on the news, the more websites you see about it, the more research you hear about it — the more often you’ll hear one particular admonition.

Actually, if the piece is supportive of running barefoot, you’ll hear it as a recommendation. If the piece is anti-barefoot, then it’ll be a warning.

And that bit of instruction/caution is:

Transition to barefoot running SLOWLY. If you make the transition too quickly, you’ll get hurt.

Admittedly, even on this site I say something that could sound similar about how to start running barefoot.

It’s about form and function, not about seconds on the clock.

In other words, the keys to running barefoot are following a few rules:

How long it takes for you to learn to follow those rules is idiosyncratic. For some it takes no time at all because they already run in the way I described. For others, it takes longer, since you’re learning a new skill — and different people learn at different rates.

But to focus on the amount of time it takes you to make the change is to put your attention on the wrong thing. If you believe that it’s just about putting in the hours until you’re suddenly a successful barefoot runner, you may never make the form adjustments that will give you what you want.

On the other hand, if you pay attention to the correct things, the important things, to your form… that could speed up your transition time dramatically. Pay attention to your sensations — if it hurts, take a look at the tips, above and try something different until it doesn’t hurt. No pain, GAIN.

Turn off the clock and turn on you awareness and you’ll be having fun running barefoot in no time.