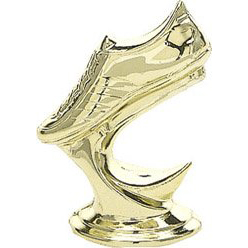 And we are thrilled to announce that Xero Shoes (formerly Invisible Shoes) won the Best Huarache category.

Here’s what Christian had to say:

2011 was really the year of the huarache.  We saw tons of new sandal companies crop up, all with great new innovative designs.  The big two companies (Invisible Shoes and Luna) also put out some great updates to their original models.  But Xero Shoes took that innovation to the next level.  They went out and got a former Nike shoe designer to make the FeelTrue sole of their Connect and Contact huaraches.  The result is a powerhouse of a sandal that has no real apparent weaknesses.

Christian recently reviewed the Connect and Contact version of our FeelTrue DIY Sandal Kit, so we’re especially honored to have 2 mentions in such a short period of time.

That said, while we’re happy to have won Best Huaraches running sandals, we have LOTS of plans for even more improvements and additional products for 2012. I hope that in next year’s Grovie Awards we win at least two categories, maybe even three! 😉

2011 has been a big year for us: Releasing the only outsoles made specifically for barefoot running (some like to say “bear foot running”) sandals  that were designed with the help of former lead designers from Nike and Reebok, our 2nd Anniversary, and a HUGE upsurge in business.

Between you and me, every time I see Chris McDougall, I practically kiss his feet. If it weren’t for him and the success of “Born To Run,” this whole barefoot running trend may never have taken off.

So, thank you again to MGBG, and to everyone else who has helped us and supported us in 2011.

I can’t wait to hear the comments when we launch all our new barefoot running sandal products in the next year.